We have reached the days before Easter with its serious concern for the great challenge to faith. The whole purpose of God’s Son becoming man, was to open a new life that would be capable of liberating the human soul. Jesus was Saviour, because he offered a solution to escape the self which becomes overly attached to this world at any expense with all the corruption that frequently ensues. But, this only comes at a price! Every soul must be willing to be re-made in the image and likeness of Christ. This is the lesson Jesus must show his disciples as they all prepare for the climax of his time with them, and so he says, ”He who loves his life must lose it, but he who turns his back on the ways of this world, will keep it for eternity.” 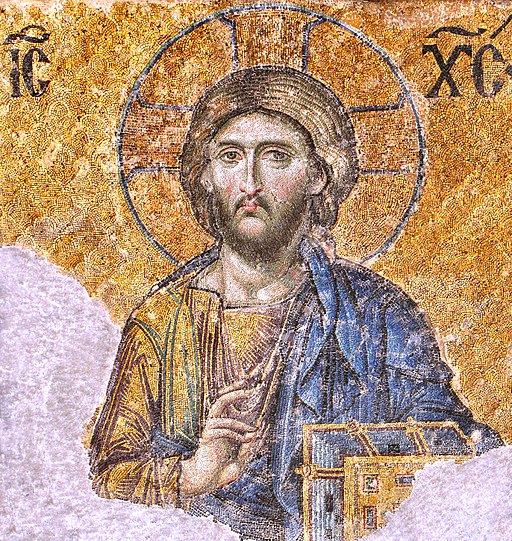 This is the setting for our lesson from St John’s gospel. The opportunity arises with a brief encounter with some Greeks who were great “admirers” of the Abrahamic religion and had come to Jerusalem to observe the Jewish Passover. No doubt they had seen the crowds carrying palms and singing hosannas, or had heard about the raising of Lazarus and were fascinated to meet the Rabbi from Galilee for some enlightenment. These men however will never do anything more than hold discussions and have pious ideas. They are reminiscent of the Greek Stoic philosophers who mockingly debated with Saint Paul in Athens [Acts 17], but finally departed saying, “we will talk with you about all this another time” [verse 32]. These are the intellectuals and admirers who always manage to keep their distance from any real involvement that might rock their security. Saint Paul like Our Lord had many debates and constant dealings with these people but they never get anywhere because the message of Christ requires change, renewal and sacrifice that open a door to another way. Many of the Pauline letters come back to this lesson. In the short letter to Colossians the central point concerns these early Gnostics who “cheat with empty deceit using the traditions of men and not Christ” [Col 2,8].

It is surely not a coincidence that the fourth Gospel recalls, the Greek gentiles at the time Jesus begins his final time of trial. This meeting foreshadows the climax of his Passion and Death but also it reveals that basic flaw in humanity. Those crowds of admirers who flock to him chatting about his wise words and impressive deeds, who hope he will bring about political change to their world until things start to get difficult. Then those admirers will keep their distance until the situation becomes clearer or they will just fade away. Jesus must prepare his disciples to see through this and become his “followers” for He is the Way. “Unless a grain of wheat falls to the ground and dies there will be no harvest”[John 12,24].

The lesson we all must learn is that discipleship goes beyond admiration, loyalty, emotion and enthusiasm to become a follower. “Take up your cross and follow” says Jesus bluntly pointing to the agony of renunciation that takes the soul to another level which Saint Cyril of Alexandria called, “the first fruit of a new humanity overcoming the forces of corruption”[Commentary against Gnostics].

Soren Kirkegaard ponders this more deeply in his Spiritual writings seeing the great distinction between admirers who are like most of us, keeping a distance, avoiding danger and playing safe, and followers who are ready to turn themselves around accepting the discipline of Christ. Judas may have been an admirer and possibly the well meaning Nicodemus too, who came to Jesus at night, and there is nothing wrong in that, but if it goes no further it soon meets other loyalties and conflicts as Judas discovered. The other disciples will soon go deeper with heart and soul that will die to self esteem and the world. The choice comes to us all, more now because our world has banished religion to the fringes of life. Our world governments have given themselves divine correctness increasing the battle between right and wrong, good and evil and because the flames are in the open, it will be increasingly difficult to hide our style of discipleship.

2. Sunday after Trinity Luke 9;51-62 “Not Fit for Service” is an English phrase meaning, useless... END_OF_DOCUMENT_TOKEN_TO_BE_REPLACED

Trinity Sunday John 16;12-15 “The Forgotten Trinity” is a British Council of Churches report in 1989... END_OF_DOCUMENT_TOKEN_TO_BE_REPLACED

Pentecost Sunday John 20;19-23 The picture presented in the description of the first Pentecost in The... END_OF_DOCUMENT_TOKEN_TO_BE_REPLACED

Ascensiontide John 17;20-26 I dreamt last night that I was in heaven, and do you know,... END_OF_DOCUMENT_TOKEN_TO_BE_REPLACED

Sixth Sunday of Easter John 14;23-29 This Reflection is based on a book entitled Encountering Evil... END_OF_DOCUMENT_TOKEN_TO_BE_REPLACED

Fifth Sunday of Easter John 13;31-35 We have followed the events of the Passion, the Cross... END_OF_DOCUMENT_TOKEN_TO_BE_REPLACED

Fourth Sunday of Easter John 10;22-30 How often when we ask a question have we already... END_OF_DOCUMENT_TOKEN_TO_BE_REPLACED