The heart of the Christian faith is the Easter gospel. This is not just remembering an event that happened in a bygone age, because the consequences of the Resurrection are always in the present tense.

The New Testament shows that the full impact of the resurrection dawned very slowly upon the first followers and friends of Jesus. When they encountered him again after Good Friday, they experienced joy yet without understanding. It was the coming of the Holy Spirit that finally opened their eyes, so they began to see the deeper meaning of everything that had taken place. Even those who had not been eyewitnesses began to experience the real presence and transforming life that the Lord continued to bring to them. 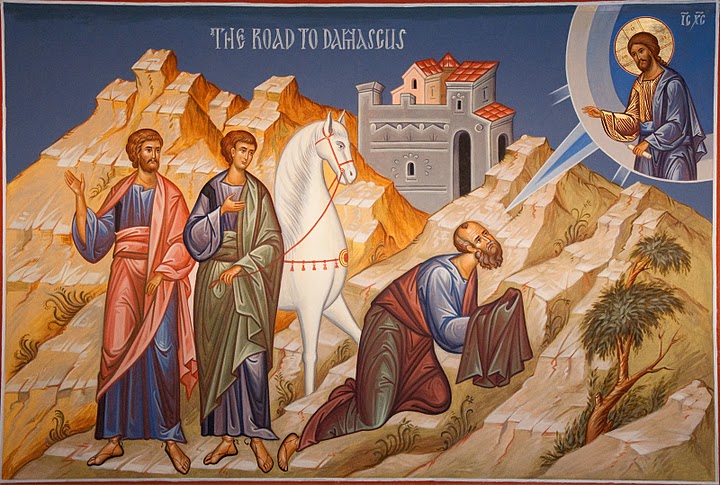 The most dramatic example of the real presence of the risen Christ was revealed to Saul of Tarsus, the arch persecutor of the believers. He was in pursuit of the “followers of the Way” as they were known before being called Christians. He had warrants to arrest those he believed to be troublemakers. Then he was himself struck down and became blind on the road to Damascus. He always spoke of this as an encounter with the real presence of the risen Christ. His blindness was restored but more than this he also saw at the very deepest level of his mind and soul that Jesus Christ is even more real and alive, and able to “open up “a new and living way” (Hebrews 10). It was this same St. Paul who made the most amazing statement of his fundamental and personal conviction that Jesus had not just succumbed twenty years before to a death on the cross, but had overthrown death and trampled it under his feet. ”I am persuaded that neither death nor life, nor angels nor principalities nor powers, nor things present nor things to come, nor height nor depth, nor any other created thing, shall be able to separate us from the love of God which is in Christ Jesus our Lord” (Romans 8:38-39).

Faith in the resurrection of Jesus remains as St. Paul said, “foolishness to the world,” so it is not a surprise that today, churches seeking to appeal to the world around them, try to explain it away, reducing it all to the pre-Christian ideas of survival of the self or immortality of the soul. Such attempts belong to the fallen world because as St. Paul says, “immortality is found in God alone” (1 Timothy 6:16) The triumph of Christ is a very powerful message and we must avoid letting it become a sentimental belief in personal survival which departs from the mind of the early Church. The purpose of the gospel of the resurrection is not about dealing with the hard issue of death, but with revealing a truth. The truth is that possessing Christ, is to have his life, peace and joy now, just as those disciples on the road to Emmaus who met him again.

Christ’s victory is not about a miracle in history or of survival but the overcoming of the enemy of all life by the transforming of lives to a compatibility with the Divine nature of God the creator of all life. Above all it is about life raised to the God whose Hebrew title is “I am” the eternal present. So too it is about Christ the Son who is also eternally present, continually bringing his victory of life in its wholeness over all that belongs to death and hell and ungodliness, a life that we now are called to participate in.