New Deacons and Subdeacons in the Nordic Catholic Church

Our clergy in Europe can be identified by their Celtic lapels or pectoral crosses. This is because the Nordic Church acknowledges that the Gospel first came to their shores by way of Irish slaves and monks, possibly from Lindisfarne, this 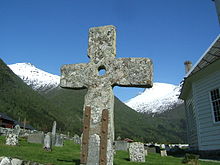 being the first coming together of British and Viking Christians. Still more than 60 Celtic stone crosses remain from the Midddle Ages standing in Western Norway, one of them [see attached picture] in the Loen village at Stryn in Nordfjord where the NCC Norway has a small community.

Realising that we in Britain share this common Celtic history, the clergy now have their own Celtic cross made from a traditional Irish design and produced by craftsmen in the Shetlands islands. 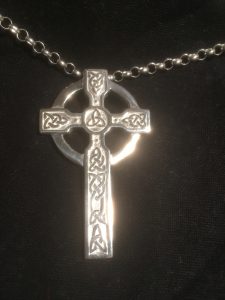 The unique Celtic cross is especially thought of as pointing to Christ’s victory as the simple cross breaks through and transforms the circle of the world. Many of these stone crosses still stand in the ruins of Celtic monasteries in Ireland and other parts of the British Isles as they once were clearly signs of the unity of different churches and people kept together by a shared Christian culture and spiritual tradition and not by administration. [See photo of the NCC UK pectoral cross with inter linking circles symbol of the Blessed Trinity.]

The roots we share in our Celtic past have such a distinctive character in piety and discipline which came from the austere traditions of the desert fathers of Coptic and Orthodox monastic migrants and found a place in the lives of people who had to flee their homelands in France and Eastern England. This was a faith not based upon success and comfort but coped with hardship that relied upon the deep orthodox faith they had received. These things may be helpful to us as we seek an authentic yet relevant understanding of the demands in our present century.

The story is well known of the Great Pope Gregory’s vision after seeing the young British slaves in the Roman markets; and how he set about rebuilding the Church in the outer fringes of the Roman Empire through the missionary efforts of monks led by Augustine to Canterbury in 597 AD. Less well known is that in the same year St. Columba died in Lindisfarne. Columba, Ninian, Aidan and others were the leaders of the Church that had existed in the British Isles from the post Apostolic age and which Augustine found still alive in Kent.

Lindisfarne Priory from above

Although the early history is shrouded in legend partly because the monastic written material was destroyed in the library monasteries by Henry VIII at the dissolution, Celtic bishops were known to have participated in the early Councils of the universal Church for many years. It is also known that the Celtic monks, priests and bishops traveled between Cornwall, Ireland, Wales, Scotland and Northern England and as far as Norway where the martyred Irish princess Sunniva died. The Scandinavian King St Olav too had connections with various people and places in Britain including Glastonbury. So there is much in a shared history that already binds us together.

But it is not only the history that is important, it is also the unique and distinctive character of Celtic Christian piety, discipline and life which could support our present efforts to cope with the world. The Christian Celtic missions were spontaneous and flexible without the over bearing institutional structures that developed later. The Celtic Church was not hierarchical, their itinerant bishops wore green rather than the imperial purple of Rome and the saints were driven by a sense that they belonged to God, the wooden church buildings and monasteries were small and basic. From these came the missionary monks of Iona, Lindisfarne, Inch Abbey Downpatrick and Bardsey Island, men like Aidan, Cuthbert, David, Patrick and many more.

But we should search for the truly Christian Celtic culture and avoid an over romantic attitudes to Celtic life derived from the pre-Christian world of the Druids that have nothing to do with the gospel of Christ and his holiness to which we are called.

Third Sunday after Epiphany Luke 4,14-21 Jesus returns to Nazareth, his home town, as was his... END_OF_DOCUMENT_TOKEN_TO_BE_REPLACED

Second Sunday after Epiphany John 2,1-11 Signs and signposts are essential for finding our way about.... END_OF_DOCUMENT_TOKEN_TO_BE_REPLACED

The Epiphany of the Lord Matt 2,1–12 Is it true, this fantastic story of wise men... END_OF_DOCUMENT_TOKEN_TO_BE_REPLACED

The Nativity of the Lord Luke 2,15–20 Early in September the British public were hearing that... END_OF_DOCUMENT_TOKEN_TO_BE_REPLACED

Fourth Sunday of Advent Luke 1,39–45 This reflection entitled “Mary’s Troubles” was inspired by an Advent... END_OF_DOCUMENT_TOKEN_TO_BE_REPLACED

Third Sunday of Advent Luke 3,7-18 The stark message of John the Baptist is “Repentance for... END_OF_DOCUMENT_TOKEN_TO_BE_REPLACED

Second Sunday of Advent Luke 3;1-6 Imagine that you’ve just had a message from God. He... END_OF_DOCUMENT_TOKEN_TO_BE_REPLACED