The Voice in the Wilderness

“What I say to you I say to everyone: ‘Be watchful!’ [‘Stay awake!’] Jesus spoke these words to the Apostles at the very end of His discourse on the grave and painful times of trouble, which He knew faced both Himself and them. He knew that he was soon to be snatched away from them suddenly; He knew that Judas Iscariot would betray Him; that Simon Peter would deny all personal knowledge of Him; that the others would all run away, leaving Him on his own to face his enemies; and some had gone to sleep – despite His warning to ‘stay awake!’ (or ‘be watchful!’). God’s gift of Sleep is essential to our health of body and mind. It’s our God-given duty to get enough sleep to ‘rebuild our bodies and minds’ so that we can ‘offer Him our bodies as a living sacrifice’ rather than the half-dead one – which we sometimes do on a Sunday morning after having an over-indulgent Saturday night! But it also can be our God-given duty to remain awake, as Jesus warned His Apostles, in today’s Gospel: “What I say to you I say to everyone: ‘Be watchful!’ [‘Stay awake!’]

Christians are often faced by such paradoxes: “Two apparently contradictory statements which, when investigated, may both prove to be true”, (is how my dictionary defines a paradox). For Christians, paradoxes are seldom insoluble. When God gives us two, seemingly conflicting, Truths, these can often be reconciled: by taking each Truth at its face-value, but accepting that the other may also be true: because The Truth itself may lie in both extremes (but each under different circumstances).

Take ‘Sleep’ for instance: When Jesus healed the sick he said he felt ‘power had gone out of Him’: meaning that He felt exhausted. But who would blame Jesus for falling asleep during the storm on the Lake of Galilee? 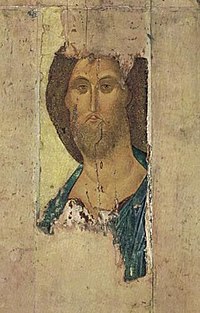 Jesus called Himself both ‘Son of God’ and ‘Son of Man’. He had been several days in Capernaum on the other side of the lake, where He had cured the Centurion’s Servant, restored the widow’s son to life, and argued with stone-headed Pharisees. Tomorrow He faced, on the other shore, the notorious Gadarene maniac, as well as raising Jairus’s young daughter. Sleep He needed; and sleep He did.

But contrast this with His instruction to His followers to ‘Stay awake’ during all the following forty years of distress and persecution which He foresaw would fall upon His nation and, not least, his chosen followers. Jerusalem would be ransacked; the Temple would be destroyed, the people carried off into far-away lands, Christians included. These would be just the beginning of troubles. How easy it would have been for the Young Church to give the whole Christian Faith up as a Bad Job. Many of them did. St Paul’s later letters are full of the names of people who had ‘fallen away’ from their first loyalty (which they owed to their Church). There’s not very much difference between ‘falling away’ and ‘falling asleep’ – as the Apostles did in Gethsemane. So ‘staying awake’ when ‘watchfulness’ is the ‘order-of-the-day’, is as vital to our immortal souls as sleep is, to our mortal bodies and minds.

Third Sunday after Epiphany Luke 4,14-21 Jesus returns to Nazareth, his home town, as was his... END_OF_DOCUMENT_TOKEN_TO_BE_REPLACED

Second Sunday after Epiphany John 2,1-11 Signs and signposts are essential for finding our way about.... END_OF_DOCUMENT_TOKEN_TO_BE_REPLACED

The Epiphany of the Lord Matt 2,1–12 Is it true, this fantastic story of wise men... END_OF_DOCUMENT_TOKEN_TO_BE_REPLACED

The Nativity of the Lord Luke 2,15–20 Early in September the British public were hearing that... END_OF_DOCUMENT_TOKEN_TO_BE_REPLACED

Fourth Sunday of Advent Luke 1,39–45 This reflection entitled “Mary’s Troubles” was inspired by an Advent... END_OF_DOCUMENT_TOKEN_TO_BE_REPLACED

Third Sunday of Advent Luke 3,7-18 The stark message of John the Baptist is “Repentance for... END_OF_DOCUMENT_TOKEN_TO_BE_REPLACED

Second Sunday of Advent Luke 3;1-6 Imagine that you’ve just had a message from God. He... END_OF_DOCUMENT_TOKEN_TO_BE_REPLACED