Living in the End Times

Solemnity of Christ the King

Last Sunday of the Year

Since 1925 Pentecost ends with the solemn Christian acclamation of the Kingship of Christ. In England this was called “Stir up Sunday” from the collect before Advent. Typically this became associated with preparing the mixture for Christmas puddings rather than stirring the will power of the faithful. But now we can usefully blend the stir up challenge of Jesus as King of the Church.

Think of those first believers who refused to offer incense to the divinity of Caesar. They believed only by asserting the divinity of Jesus could they then be partakers of his divine nature. The Church emerged opposing the overwhelming might of the political powers, resulting in martyrs prepared to embrace the passion and resurrection of Christ their King of a heavenly kingdom.

Kingship would always bring a smile to an American congregation listening to me, an English priest, explaining that altars were the place where Christ the King was enthroned. The truth is that there is no difference between Christians from Republican States or Monarchies, they are both “of this world” and not the same kingdom that Christ proclaimed. The Church must still be the community of Christ, existing through the Holy Spirit, filling people with holiness and truth. We render what is appropriate to the world of Caesar but this does not include the infallibility of Caesar. Many humble and gentle Christians are still paying the ultimate price, for making that choice. This battle rages ever more violently across the whole world today as more that 90% of those persecuted by the Caesar States are Christians. 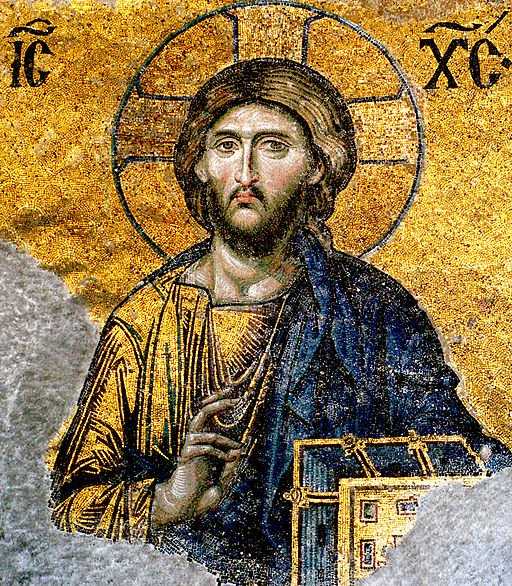 Messiah and King are deeply part of Biblical imagery. Jesus understands his teaching and ministry in terms of the Kingdom of God from the time of King David and the Hebrew prophets until it was fulfilled in his own life. His kingship is present at the announcement by the angel Gabriel, “He will be great, and will be called the Son of the Highest; and the Lord God will give Him the throne of His father David. He will reign forever, and of His kingdom there will be no end.”[Luke 1;32+33]. At the trial especially, Pilate asks the political question, “are you the King of the Jews?” [John 18;33ff]. Jesus declares the Spiritual character of his kingship, “My kingdom is not of this world. If it were of this world, My servants would fight, so that I should not be delivered to the Jews; but My kingdom is not from here.” Pilate’s begins his descent into cynicism in readiness for saving his own skin, “Are You a king then?”Jesus’ answer reveals the tension between the worldly shallowness of state power and God’s divine truth, “You say rightly that I am a king. For this cause I was born and for this cause I have come into the world, that I should bear witness to the truth.

The Kingship of Christ we highlight is the central feature of life within the Church, profoundly stated by the former persecutor and convert St. Paul in his first letter to Timothy. “Christ Jesus came into the world to save sinners, of whom I am chief. For this reason I obtained mercy, that in me first Jesus Christ might show all longsuffering, as a pattern to those who are going to believe on Him for everlasting life. To the King eternal, immortal, invisible, to God who alone is wise, be honour and glory forever and ever. Amen.” [1;15-17]. This beautiful, fatherly letter to a son in the faith ends urging Timothy to fight like Jesus, the good fight for the Kingdom of Christ. [6;13-16]. “I urge you in the sight of God who gives life to all things, and before Christ Jesus who witnessed the good confession before Pontius Pilate, that you keep this commandment without spot, blameless until our Lord Jesus Christ’s appearing, which He will manifest in His own time, He who is the blessed and only Potentate, the King of kings and Lord of lords, who alone has immortality, dwelling in unapproachable light, whom no man has seen or can see, to whom be honour and everlasting power”. The martyrdom of Paul and Timothy resulted from their total commitment of conscience as they encountered the world that submits to the power of Caesar rather than the world of God. All over the globe the same battle goes on and is getting ever closer to most of us.

The Feast of the Baptism of the Lord John 1;29-34 Psalm 42 speaks of a soul... END_OF_DOCUMENT_TOKEN_TO_BE_REPLACED

Solemnity of the Epiphany of the Lord John 1;1-14 Epiphany is one liturgical drama. It begins... END_OF_DOCUMENT_TOKEN_TO_BE_REPLACED

The Holy name of Jesus Luke 2;15-21 One of the great moments for a parent is... END_OF_DOCUMENT_TOKEN_TO_BE_REPLACED

Solemnity of the Nativity of the Lord John 1;1-14 Writing a homily for Christmas is made... END_OF_DOCUMENT_TOKEN_TO_BE_REPLACED

The Fourth Sunday of Advent Matt 1;18-25 I had a shock during the week. No, it... END_OF_DOCUMENT_TOKEN_TO_BE_REPLACED

The Third Sunday of Advent Matt 11;2-11 Two figures prepare us for the coming of Jesus... END_OF_DOCUMENT_TOKEN_TO_BE_REPLACED

The Second Sunday of Advent Matt 3;1-12 “Prepare the way for the Lord” cried John the... END_OF_DOCUMENT_TOKEN_TO_BE_REPLACED

Advent Sunday Matt 24;37-44 The writer Rod Dreher begins his book The Benedict Option with these... END_OF_DOCUMENT_TOKEN_TO_BE_REPLACED

Sunday before Advent, Christ the King Luke 23;33-43 In six months, Britain will witness the coronation... END_OF_DOCUMENT_TOKEN_TO_BE_REPLACED

2nd Sunday before Advent Remembrance Sunday Luke 21;5-19 One of the saddest things about growing old... END_OF_DOCUMENT_TOKEN_TO_BE_REPLACED

3rd. Sunday before Advent Luke 20;27-38 The Reflections using Luke’s gospel will end with the final... END_OF_DOCUMENT_TOKEN_TO_BE_REPLACED

All Saints Tide Would you like to be a saint? The whole idea of sainthood arouses... END_OF_DOCUMENT_TOKEN_TO_BE_REPLACED

The 18th Sunday of Trinity Luke 18;1-8 Jesus told the disciples a parable about the need... END_OF_DOCUMENT_TOKEN_TO_BE_REPLACED

The 17th Sunday of Trinity Luke 17;11-19 Christians should think regularly about the word “mercy”. It... END_OF_DOCUMENT_TOKEN_TO_BE_REPLACED