Blessed are the pure in heart

The British author C.S. Lewis wanted his three Space-Novels, “Out of the Silent Planet”, “Perelandra”, and “That Hideous Strength”, not to be just good stories but to explain the Christian Faith – and Jesus used his parables in the same way to put across some of His most important teaching. Melvin Tinker, an Anglican Parish Priest, has published a very useful supplement, based on one of the Lewis novels, (called That Hideous Strength: How the West Was Lost), to describe how today the younger generation has been misled into believing things which are simply not true. 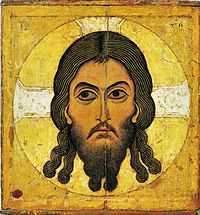 This should remind us of one of Our Lord’s sternest warnings in which he said, “Whoever causes one of these little ones who believe in me to stumble, it would be better for him if a great millstone were put around his neck and he were thrown into the sea”. [Mark 9;42]

The Greek word ‘Skandalein’ is often mistranslated as ‘to sin’; but literally, it means ‘to make someone stumble’ – by placing an unseen obstruction in their way. As parents, teachers, or pastors, we must heed in today’s reading Jesus’ stern warning about those who cause, or fail to prevent, young children being led astray by faulty teaching. But where, and how, and when should we set about such a mountainous task?

First, “the Where question?” the answer must be – “In our own Family” – which (for churchgoers) must also include our Church Family. Begin by sharing with other churchgoers, any experience of faulty beliefs, which your own children have picked up – whether in the school playground, or elsewhere. Ask other parents if they’ve had a similar experience with their children; and listen carefully to their answers. Or, if you don’t want to share your experiences with others, read Melvin Tinker’s book. It provides numerous examples of what has gone wrong with present-day Society, as well as his explanation of why so many people, from every area of western society, have been so successfully led astray.

To the second question, ‘When should we do this?’ the answer here must be: ‘As soon as possible’, before it’s too late to do anything about it. The older we get, the more false teaching becomes implanted in people’s minds, and therefore the harder to change. False beliefs, like Bad habits, grow like weeds; and unless they are pulled-up immediately we become aware of them, begin to ‘take root’. On the other hand, right beliefs and habits grow like flowers. But flowers will only flourish and remain alive if cared for. They need regular watering and weeding. ‘Watering’ means thanking God – not only for the good habits which God has planted in ourselves, but equally importantly for the good habits He has planted in other people. Thanksgiving is equally appropriate for those bad habits which the grace of God has enabled both us, and other people, to overcome.

In our so called ‘Enlightened World”, many parents and teachers think they are doing their children a favour by lavishing undue praise upon them for those achievements which their own good guidance and example are largely responsible. Unmerited praises only produces in children that deadly weed called – Pride, and this is the deadliest sin. Today’s propaganda breeds a false sense of worthiness in our children – whilst hiding their shortcomings from them – leaving them in ignorance of their True Selves!