Sometimes words are not enough

To the surprise of the BBC managers, a popular TV programme this winter in the UK has been “The Repair Shop”. The skills of the restorers and pleasure of the customers who bring in their precious items for restoration have set me thinking as Lent approaches.

The TV programme consists of a group of exceptionally skilled craftsmen and women who receive broken down but much loved heirlooms brought in by families. Each item has an important story behind it. The skills of the repair shop team are used to strip down, clean and replace broken parts, returning these items to their original working state and bringing overwhelming joy to everyone involved. For example, one family of several generations, came with a totally curled up and worn out leather wallet. This had belonged to a grandfather who as a pilot, in World War II had been shot down over the Baltic. Clinging on to some debris, the pilot had used his wallet as a paddle and was finally rescued by Russians and returned finally to his family. Now it was his grandchildren who were returning to the Repair Shop to receive back the precious wallet beautifully restored and brought back to life and which had not only saved their grandfather but also spoke to them of their own unique existence. They all expressed the hope that this would continue to be an inspiration for another seventy years.

Repair or restore have much in common with the word repent

According to St. Mark, Jesus began his work coming to the river Jordan, the scene of John the Baptist calling the crowds to repent and prepare for the “Christos” who would be the great “hope and restorer” of the people. 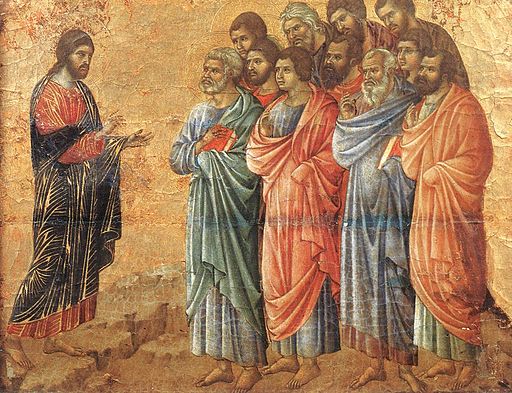 Later it was Nicodemus who would come as if to Jesus’ repair shop asking what was needed to become a member of God’s kingdom. He was told by Jesus, “you must be born again by water and spirit”. This did not mean returning to the womb but rather to be cleaned up, to be made whole, restored, and put back in working order based on the original design the creator had intended. Very much like the preaching of John the Baptist and Christian Baptism.

Restoring objects is one thing but people today do not want to be told they are in any kind of need for restoration of their own condition. Christians, as we have often said, can too easily become a “Comfortable Club” enjoying meeting together, but without too many consequences and with little concern for the decline in faith that exists in our society. Nor for the reasons behind the great deal of complaining, social breakdown, instability and dissatisfaction with life as it is. Time and time again we are told that our religion is meant to be reassuring and comforting and this does not mean willingness to have our lives turned upside down. “It is far easier to be an admirer of Christ rather than a follower”.

In Lent the question we should ask of ourselves:

Is not Christianity about the struggle to be cleaned up, repaired by repentance and born again by making a decisive break with the rust and corrosion that has set in? The real Christian sees that there is need for regular restoration. To leave behind the familiar bleak landscape of the ordinary world with all its delusions and turn to the radically restored world Jesus called “the kingdom” and to which all are committed by their baptism.

18th Sunday of Ordinary Time / Trinity 9. John 6,24-35 One of the most tiresome things... END_OF_DOCUMENT_TOKEN_TO_BE_REPLACED

New Date – 25 September
(Postponed from 14 August due to practical reasons)
Video Conference in preparation for the Mainz Conference II (February 2022). Invitations with call-in and program details will be available later