In England Christian institutions appear to be continually losing their way. In July 2021 an example in which a large flower arrangement was placed before the altar, and where once the sign IHS [Jesus our Saviour] might be featured, now had NHS displayed, in honour of the National Health Service, Britain’s new religion! The first Christians were put to death for refusing to bow down to the Emperor by burning incense on his altar. Today, genuflections which many of us used to reverence Christ in the Blessed Sacrament are the preferred political gesture of sportsmen and footballers and some religious leaders. What has happened to true religion?

Jesus in his day battled with true and false religion. He pointed out the difference between manmade rules which result in the neglect of the commandments of God bringing criticisms by Jewish religious authorities. His own disciples had been caught breaking the rules concerning ritual hand washing. This was a threat to the Pharisees. They had taken the 10 commandments and added over 300 further rules and regulations especially in matters of diet and washing. This made it really easy to accuse people of being law breakers. These rules of purification were not introduced for reasons of hygiene but to wash away the possibility of contamination with Gentiles. This produces division and aggression not unlike enforcement attitudes of overkill today! It is hard to believe that in Manchester it has been reported that two police armoured vehicles with officers in body armour arrived on two separate occasions at the home of a twelve year old girl to check that she had been self isolating after a Covid19 contacts. 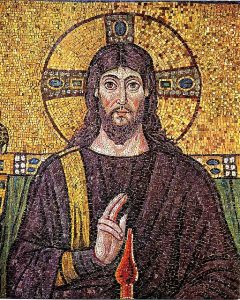 Jesus was not against rules but rather about elevating man made rituals and regulations especially those regarding “clean and unclean” above the commandments of God, for then they become obstacles to harmony. He said, “There is nothing that goes into the mouth that defiles a man; but what comes out of the mouth.” [Matthew 15,11+19] And, “whatever enters the mouth goes into the stomach … those things which proceed out of the mouth come from the heart, and they defile a man”. True religion must begin in the heart and soul not in the keeping of outward rituals. How easy it is for the well intentioned to become deluded and allow self righteousness to distort religion and morals. How easy to gang up with moral outrage and cast stones at those who are different. “Let the one without sin cast the first stone” is one of the clearest warnings Jesus ever gave towards self righteousness. These issues are the battleground that finally brings Jesus to trial and will also become the offenses levelled at the fledgling apostolic church in New Testament times.

This is not just an accusation against the Pharisees it has also been very much part of the internal conflicts of Christian history too with one group demonising others and dividing the household of God. Humanly speaking, it has always been hard not to fall into this trap of self delusion even in the first centuries when the commandments of God were known and respected. How much more dangerous today is this trap of self deception when the commandments of God are unknown and the idea of God abandoned and lost! This places a great obligation on Christians if they wish to live a true faith, to ensure that they know, teach and practice the authentic ways of Christ. To do this will require a far greater investment in an informed and disciplined life that is true to the mind of Christ that has been handed down to us. Without this commitment the church will continue to face even greater problems in distinguishing the divisive assertions of the secular culture and the wisdom of the Lord.

Fifth Sunday of Easter John 13;31-35 We have followed the events of the Passion, the Cross... END_OF_DOCUMENT_TOKEN_TO_BE_REPLACED

Fourth Sunday of Easter John 10;22-30 How often when we ask a question have we already... END_OF_DOCUMENT_TOKEN_TO_BE_REPLACED

Eastertide Luke 20;1-18 In my student days many seminarians were helped by the work of London’s... END_OF_DOCUMENT_TOKEN_TO_BE_REPLACED

Palm Sunday Luke 22;14-56 Let us reflect on Jesus speaking of himself as “the bread of... END_OF_DOCUMENT_TOKEN_TO_BE_REPLACED

Fifth Sunday of Lent John 12;1-8 Jesus travelled with twelve disciples, but also had a considerable... END_OF_DOCUMENT_TOKEN_TO_BE_REPLACED